Since the invention of non-alcoholic beer in 1973, German beer makers have marketed it as the “car driver’s drink” or the responsible substitute for regular beer. However, the first reaction to non-alcoholic beer was mediocre at best, primarily due to its poor quality and taste.

In recent years, this perspective has shifted significantly, and the market is currently growing. More than 400 non-alcoholic beers are available, and several breweries, such as Erdinger and Krombacher, have expanded their products to include non-alcoholic athletic beer over the past decades.

Non-alcoholic beer has come full circle, and what started as a watery, flavorless brew is now accepted and drunk throughout all levels of society. It is even being marketed as a specialty sports drink that aids in increased performance and speedy recovery.

Beers considered “non-alcoholic” are those that either do not contain alcohol or are produced to contain less alcohol than the legal limit. The United States Food and Drug Administration (FDA) states that beverages can legally label themselves as “non-alcoholic” if they contain less than 0.5% alcohol by volume (ABV). However, many types of non-alcoholic beer claim an ABV content of 0%, making them vegetarian and vegan-friendly.

How are Non-Alcoholic Beers Made

There are various ways to produce non-alcoholic beer, but the most common involves just eliminating the alcohol. Breweries typically use one of three methods for removing the alcohol from beer.

Without the alcohol content, beer lacks flavor. Carbon dioxide is the hero that comes to the rescue at this point. As an alternative, some breweries may add sugar to their products to enhance the flavor.

Considering the potential benefits of this alternative beverage can help us understand why athletes have gotten on the athletic non-alcoholic beer bandwagon alongside health-conscious consumers.

The same study discovered that drinking non-alcoholic beer with polyphenols reduced athletes’ upper respiratory tract infection rates for up to two weeks after a race. Researchers believe it has something to do with phenols, immune-boosting compounds derived from the plants used to make non-alcoholic beer.

2. It may aid in hydration.

Water is essential for your health since it promotes energy, immunity, mood, cognition, and organ function.

One study published in 2016 evaluated the effects of three beverages on pre-exercise hydration. The findings indicated that drinking 0.7 liters of non-alcoholic beer before exercise may help maintain blood electrolyte balance during exercise.

Furthermore, unlike many sports beverages with a high sugar content, non-alcoholic beer frequently contains no sugar.

Your post-workout nutrition habits significantly impact how efficiently your body rebuilds muscles and refills energy resources. Even one drink can reduce your immune function and impair muscle repair, both critical to your body’s ability to recover.

Switching to non-alcoholic athletic beer will not only avoid these drawbacks, but the electrolytes in each can will also aid in speeding up recovery time, allowing athletes to continue to increase their intensity without fear of consequences.

However, this is not a danger to be overlooked for athletes at the pinnacle of their discipline. Since alcohol can reduce testosterone, growth hormone, and enzymes crucial for muscle building, drinking a non-alcoholic beer can allow an athlete to get the most out of training and be better equipped for maximum recovery.

Is Non-Alcoholic Beer Good For You?

Yes, it’s good for you. The benefits of drinking non-alcoholic beer go beyond the fact that it is a healthier alternative to regular beer.

Research has shown that drinking non-alcoholic beer has positive effects on one’s health. It has a significantly lower number of calories, is beneficial for post-workout recovery, enhances sleep quality, and may even help reduce anxiety.

Does Non-Alcoholic Beer Dehydrate You?

Apart from alcohol and caffeinated beverages, most liquids help you stay hydrated. Regular beer contains alcohol and will therefore dehydrate you. Non-alcoholic beer, on the other hand, contains either a limited amount of alcohol or no alcohol at all, which means that it will not dehydrate you.

Studies have found that a beverage with less than 2% ABV will rehydrate you rather than dehydrate you, which makes non-alcoholic beer a terrific method of remaining hydrated.

Is it true that athletes drink non-alcoholic beer to recover?

Absolutely, and it may be more typical than you realize. After the New York Times revealed how well-liked the beverage is among the German populace and athletes alike, the German Olympic squad garnered media attention in 2018 by recommending its athletes to drink non-alcoholic beer.

However, it’s not just German Olympians who enjoy a non-alcoholic beer; Budweiser teamed up with former NBA great Dwayne Wade to introduce their alcohol-free brand. The popularity of non-alcoholic beers among athletes will only increase as they become more well-known.

For athletes, nothing sounds better than an icy cold beer after a strenuous workout, whether in the pool, on a bike, in the gym, or on the trails. However, that’s not ideal, considering the need to adhere to a post-exercise recovery routine. Fortunately, with the rise of non-alcoholic beer on the market, there are now many options that may deliver the same robust flavor of an ice-cold beer without the dangers of alcohol-related complications. If you’re an athlete, consider all the information mentioned above to understand the benefits of non-alcoholic beers.

Quench Your Thirst With Village Warehouse Wines and Spirits.

For athletes, it’s a priority to stay healthy, maintain their physique and be in tip-top shape whenever they compete. However, many athletes choose to celebrate their win with an ice-cold beer, which in itself can cause problems. Thankfully, there has been rapid development in non-alcoholic beers, and athletes can now celebrate with non-alcoholic beer from distributors such asVillage Warehouse Wines and Spirits, a trusted Vail liquor store. With their wide array of non-alcoholic beer options, every individual’s taste will surely be satisfied. Visit us now and quench your thirst!

A Collection of Bloody Mary Recipes and Variations

Is wine good for you? If it is, which wine is healthiest? The truth is, we’ve all asked ourselves these questions while pouring ourselves another

REVIEW OUR BUSINESS ON GOOGLE 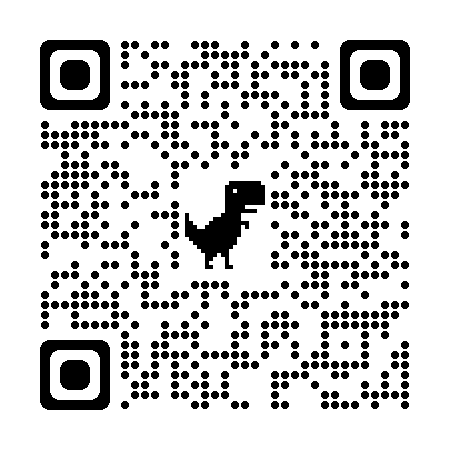